As property prices surge, news coverage of the issue of housing affordability has more than doubled in the past six months, according to new data from Streem.

And while the cost of buying is growing rapidly, there’s a silver lining.

With record low interest rates, it’s easier to service a mortgage now than it has been for much of the past decade.

Instead, it’s getting in that’s harder – and we need to remember this distinction when we discuss possible solutions to the affordability problem.

The past 18 months has seen rapid house price growth

It’s no secret, property prices have skyrocketed in 2021.

Over the year to September, prices shot up by more than 20% in capital cities and by nearly 25% in regional areas.

Those gains have driven a huge accumulation of wealth for some households.

More than a third of Australians rent. For those wanting to buy, higher property prices mean having to save a larger deposit.

As prices have surged, the discussion has focused on affordability

Rising concerns about accessibility for first homebuyers are evident when analysing the national discussion about property.

Using unique data from the media monitoring service Streem, we can see how many times “housing affordability” was discussed in mainstream and trade publications, both print and online.

Over the past six months, housing affordability has been discussed more than twice as frequently as it was in the months prior. In the month of September, coverage of the topic was up a significant 141% year-on-year.

While getting into the market is harder, servicing an existing mortgage is easier

Surging house prices make it harder to save a 20% deposit.

But low interest rates mean that serviceability – how easy it is to pay a mortgage – is actually relatively good.

Serviceability today is easier than it was as recently as 2018, when the Reserve Bank of Australia cash rate was 1.5%.

And serviceability is muchbetter than in 2008 when the cash rate peaked at 7.25%.

Today, the cash rate is just 0.1% and the average rate for a new variable mortgage is 2.7%.

These low rates mean that even with today’s larger mortgages, average repayments are smaller than in the past.

With low interest rates and high house prices, it’s accessibility, not serviceability, that has worsened. No matter the price or interest rate, housing is very affordable for the 30% of Australians who have paid off their mortgage.

Governments and commentators are looking for solutions to help first homebuyers

Governments are responding to these concerns. We’ve seen new and expanded policies to tackle affordability.

The federal Falinski review is looking at affordability. Some of the discussion and submissions have focused on how to ease local planning constraints to make it easier to build new housing.

This focus has shown up in the media’s coverage of property, with mentions of “housing stock” increasing 86% in the past 6 months.

We’ve also seen increased discussion of “negative gearing” (up 102%), “investors” (up 35%) and “capital gains” (up 64%). These areas are frequently touted as changes that could help alleviate high housing prices.

There are also other programs that have either been announced or expanded in the past 18 months. Two key examples are the federal First Home Loan Deposit Scheme and the Victorian Home Buyers Fund.

Both are designed to reduce the deposit first home buyers must save.

This policy wasn’t designed to address affordability. Rather, this so called “macroprudential” policy was designed to reduce risky borrowing in response to rapidly rising house prices.

As regulators have grown concerned about risks from rising debt, we’ve seen discussion of these types of “macroprudential” policies increase 134%.

These discussions of affordability, and policies to help, are important.

Home ownership rates have fallen over the past three decades, particularly among younger Australians. 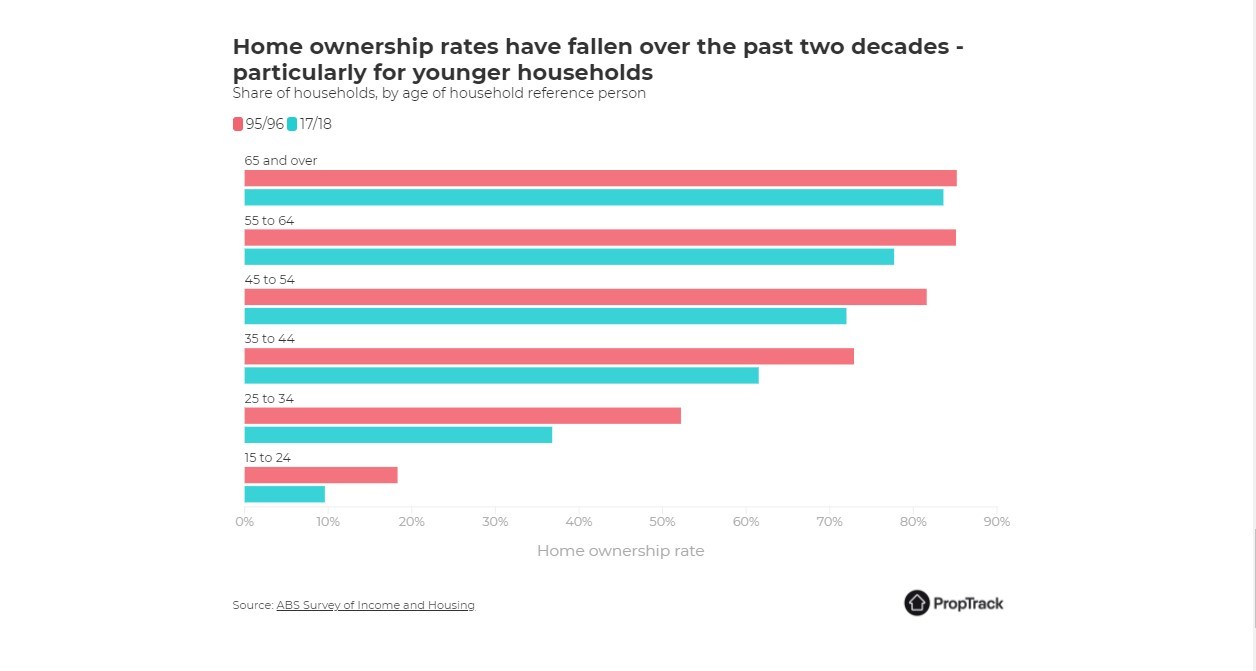 But as we debate these policies, it’s critical we keep in mind the distinction between servicing a mortgage and saving a deposit.

If we conflate the two into all purpose “affordability”, we could end up with counterproductive policies that hurt those we’re trying to help.

Making housing cheaper by locking out first-home buyers helps no one.

Back to all news
Up to Date